Susan has great passion for her favorite charities and produces and serves as mistress of ceremonies for numerous fundraising events.

Susan has produced and hosted Francesca’s Fashion Fantasy, an annual luncheon celebrity  fashion show fundraiser to benefit the ALS Association, featuring fashion designer David Hayes. All proceeds go towards purchasing augmentative communication  devices for those affected by ALS (Lou Gehrig’s Disease). The event is held in honor of  her late mother Francesca Paley Sukman who lost her battle with the disease in 1990.

A reunion to honor cast and crew of Little House on the Prairie was produced by Susan. The fundraising event took place as part of a gala evening in Sonora, CA (where the show shot numerous episodes) during the Tuolumne County Film Festival. Susan arranged for all the show’s cast and crew members to attend the dinner and Festivities held at a beautiful winery. Proceeds were given to the Michael Landon Children’s Cancer Research Fund at the University of Arizona Medical Center in Tucson, Arizona.

Susan produces and hosts an annual fundraising event in Tucson, Arizona. The Sticking Your Neck awards dinner and celebrity show benefits the Council On Aging  programs for seniors in Arizona. Among the celebrities who have appeared and been honored are: Steve Allen, Jayne Meadows, Red Buttons, Phyllis Diller, Jack Jones, The Modernaires with Paula Kelly Jr. and The Ink Spots. Alongside the celebrities local community leaders and supporters are recognized and honored.

In 2002 Susan and Kent McCray in association with their production company Ten-K Productions produced a fundraiser on behalf of the University of Hartford Magnet school - The Magic of Reading (an Evening of Fantasy and Illusion). The evening raised over $60,000 enabling the school to fill the children’s library with books, a librarian and more. 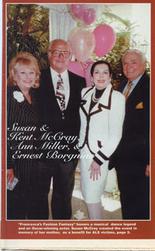 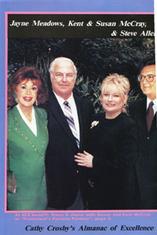 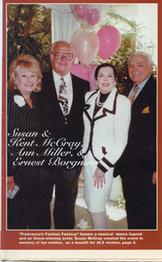 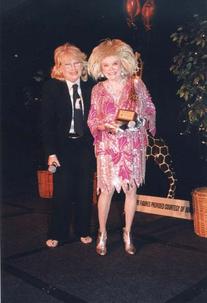 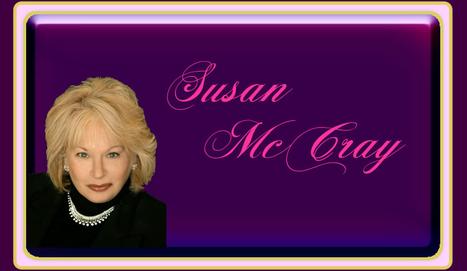